The Islamic Center of Naperville (ICN) is planning to build a new, expanded center on 248th Avenue between 95th St. and 103rd St. The surrounding communities welcome their Muslim neighbors, and support a neighborhood-scale mosque, but they have some concerns about the impacts of the full-scale project. 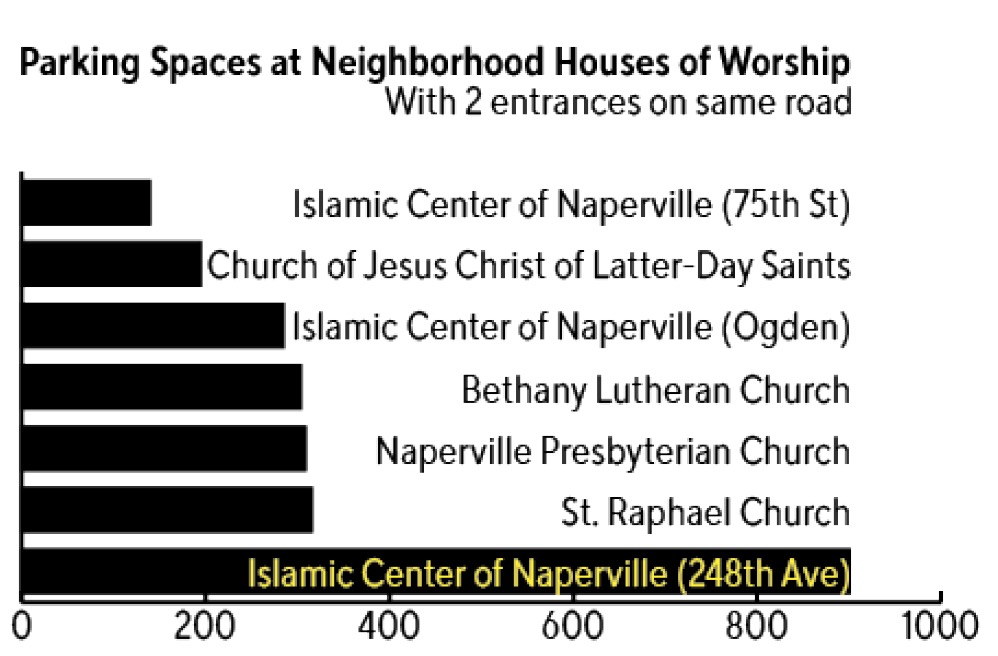 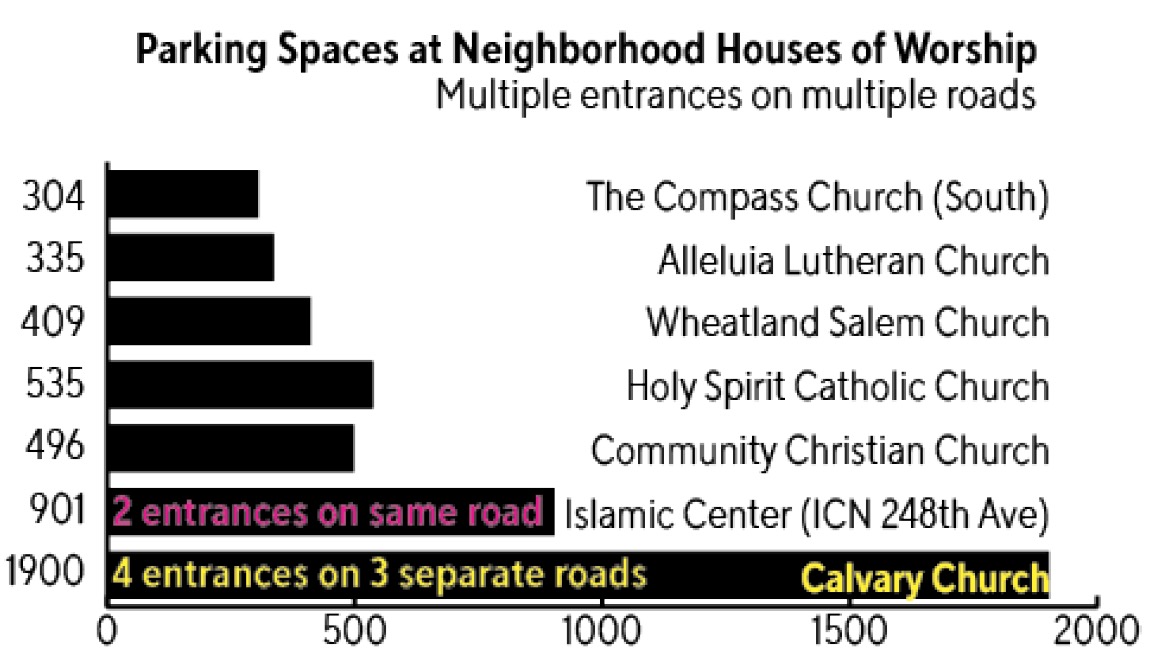 Subsequent phases of the proposed 248th Avenue ICN would add a gym the size of an LA Fitness Center, and a multi-purpose hall with almost as much convention space as Naperville’s downtown Marriott. Those uses are not comparable with any other similarly located neighborhood institution. In fact, in terms of intensity and parking capacity, the full 248th Ave. complex is most similar to a Costco, except that the ICN has 200 more parking spaces than a Costco. Another difference is that Costco’s traffic is distributed across the day, whereas the ICN traffic would surge before and after services and events.